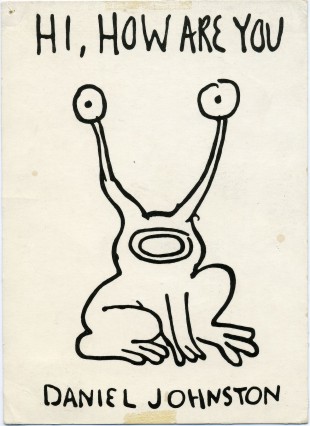 And then of course there’s Daniel Johnston, a guy who made it, despite crippling mental illness.  His became a spiraling, out of control schizophrenia that eventually had him on stage proselytizing and shouting about the devil.  My favorite moment involving him is the scene in Kids, when his “Casper the Friendly Ghost” plays in the air over Washington Square Park.  Man, what a movie.  He’s so earnest it breaks my heart.