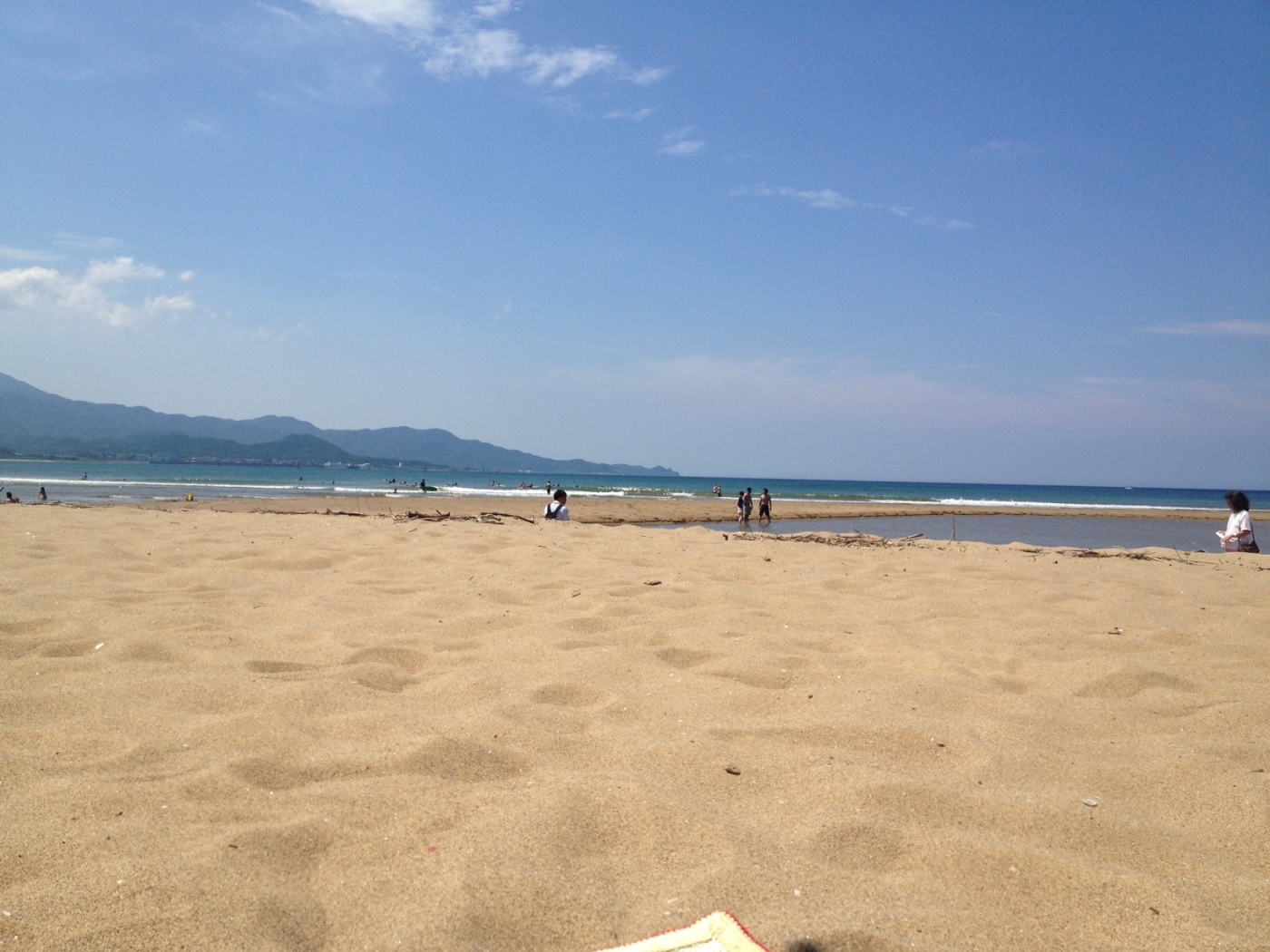 A dark, drunk place at four in the morning in the red-light district of Taipei.  Everyone else was staggering home when Julie suggested a morning train to Fu Long beach instead.  We shared headphones, smoked cigarettes, and listened to Band of Horses while waiting at Main Station for dawn and the slow train north.

Heartbreak was a fresh and foreign substance; it hadn’t been long since it happened, and the detonation of my life was still a shock.  The sleepless night slurred into day, and that train ride became a surreal journey.  It felt like something secret was unfolding, something that normally lived at depth was somehow nearing the surface, and if it were missed or forgotten it would be my own fault.  I thought to myself at the time:  I should remember this.

I bought a bottle of whiskey when we got there, but once I had it I didn’t want it.  We fell asleep hungover on the beach and got sunburned, swam a little bit, then in the afternoon caught the train back.  The warm sunlight through the windows, the sound of this song, the weight of her head on my shoulder, the tight pain in my chest.  That’s it.  The train thumped beneath us and nothing else happened, except that sorrow and exhaustion had made the colors and sounds and sensations so shockingly vivid I have them still today.  I was dreaming and wide awake and alive.

I wish all my days were just like that.

“If I am lost it’s only for a little while…”